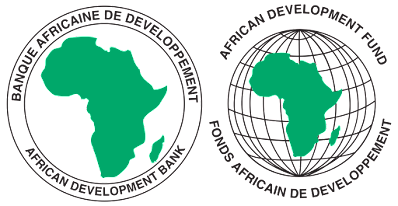 The African Development Bank Group has invested more than $1-billion in the north of Mozambique.

The head of the African Development Bank, Akinwumi A. Adesina joined President of the Republic of Mozambique Filipe Jacinto Nyusi to launch the “milestone” Pemba-Lichinga Integrated Development Corridor on Saturday, in Mozambique’s northern Niassa province.

These industrial zones are designed to create cost-efficient agro-processing hubs in areas of high agricultural potential. The initiative is in line with Mozambique’s National Development Strategy, which seeks to improve living conditions through structural reforms and economic diversification.

Mozambique’s President Filipe Nyusi said the project was part of a commitment outlined in the country’s five-year program to boost economic growth, productivity, and job creation. Agriculture and industry are the “catalyzing base” that will transform the economy and elevate it to middle-income status, Nyusi said.

These sectors had “reaffirmed their primacy in the mosaic of the country’s economic priorities” despite security challenges, the Covid-19 pandemic, and the global economic recession, he said.

The project will directly contribute to the implementation of the National Program to Industrialize Mozambique (PRONAI).

It will build on a long list of African Development Bank interventions in northern Mozambique for the provision of infrastructure and will unlock, beginning with Niassa province, the agricultural potential of the Nacala corridor.

The project also aligns with the African Development Bank’s Country Strategy Paper 2018-2022 for Mozambique, with a focus on the northern provinces, and the Bank’s Feed Africa Strategy for agriculture transformation. Bank chief Adesina said the project was “an important milestone for Africa.”

“It is the first of many Special Agro-Industrial Processing Zones to be set up across our continent to transform what we have in abundance into massive wealth-generating opportunities. Here in Mozambique and in other parts of Africa, Special Agro-Industrial Processing Zones lie at the core of our ambition and strategy to turn Africa from a net importer into a net exporter of food. If there was ever a time that we needed to raise food production drastically, that time is now,” Adesina said.

“The potential ripple effects are many…When you factor in the increased costs of energy in many African countries, rising inflation, and a food crisis in Africa, could lead to social unrest,” he said.

The Pemba-Lichinga Integrated Development Corridor is expected to increase production and productivity in the southern African nation.

It will also support the promotion of new technologies and storage facilities. Phase one is expected to employ about 30,000 people at the farm level. Women will hold at least 50% of these jobs. 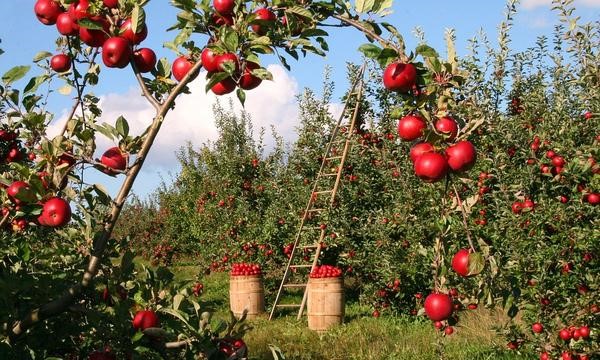 The story of farming Wambugu apples in Kenya People like eating apples, but in Kenya, imported apples are very expensive and farmers are now looking for an alternative to grow apples locally, and the farming of Wambugu apples has excited many farmers in Kenya and abroad. In this article, we have gathered and reviewed some information from Wambugu Apple farm as well as from some farmers who have been growing the Wambugu apple variety in Kenya. Read also:  Dairy Goat farming with Wambugu Farmer It is said that an apple a day keeps a doctor away, but what if you could venture into the business of farming apples and keep poverty away? Think about it this way: A huge percentage of apples consumed in Kenya, almost 99% are imported from South Africa, the Middle East region, and the Mediterranean countries majorly Egypt. The price of one piece of apple fruit in Kenya goes for around $ 0.5. One kilogram of the imported apples go for up to 10 dollars. The price is very inhibitive especially th
Read more 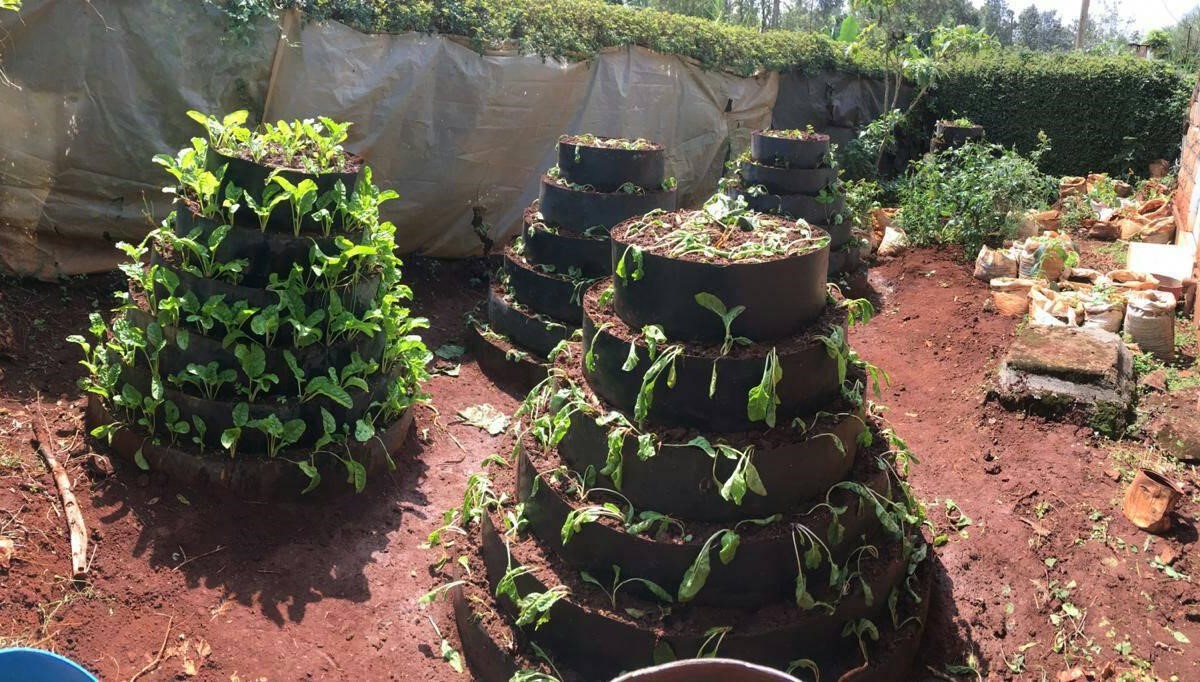 Simple steps to make a kitchen garden in Kenya This is an opportunity for every rural family to make a kitchen garden in Kenya. Just as the name indicates, a cone kitchen garden is a type of garden that resembles a cone, like that of an ice-cream holder. It consists of arranging soil in a conical shape above the ground to create more space for crop growing. Cone kitchen garden is efficient in that it allows for mixed cropping since different species of crop are grown on different layers. Materials and procedure of constructing a Cone kitchen garden in Kenya: Polythene sheet : It should be the heavy one, commonly called the dam-liner in local hardware. Alternatively, you can use old circular containers that have different circumferences in a manner that they can be concentric. Site identification : Chose a site that receives sufficient direct sunlight throughout the day and well drained. Mark the middle point of the garden site, and arrange the containers/polythene in layers, "
Read more 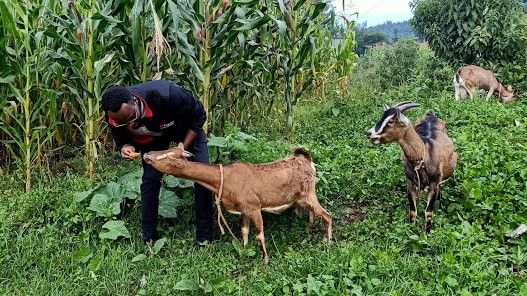 Dairy goat farming step by step by Wambugu Farmer Dairy goat farming is an upcoming lucrative agribusiness venture, not only because of the huge prices that goat milk attracts but also because of the well-known health benefits of goat milk. My name is Wambugu Farmer, and I will take you through a few outlines that I have learnt about dairy goat farming during the past few years. I am not a direct dairy goat farmer, but my parents are. I visit them regularly and over the past five years that they have been practicing this farming, we have learnt a lot of lessons surrounding dairy goats that I am going to share with you in this article. Read also: Wambugu Apple Farm in Nyeri Kenya Watch Youtube Video:  WAMBUGU Apples Farm If you are looking forward to start dairy goats on a large scale or small scale farming, there will be something for you to learn from this article. My parents are small-scale dairy goat farmers doing around 6 goats at a time. They started this project because of th
Read more