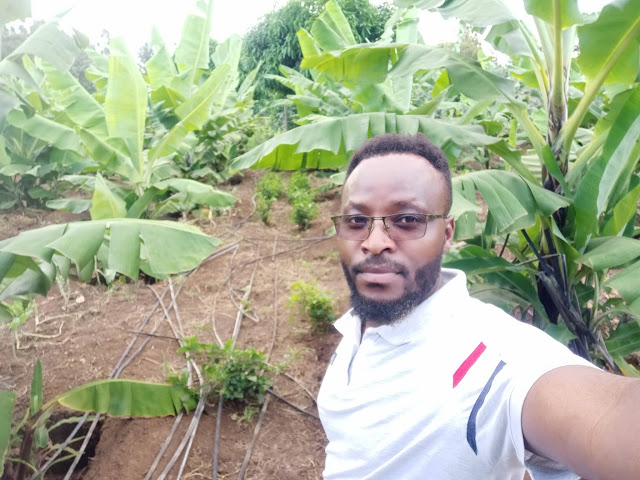 Unlike maize and other cereal crops, banana is a high-value crop that attracts high prices in its raw form or when added value. In my recent farm visit, I spent a whole day with one of my family member who does the highly profitable tissue culture banana farming in Kiriny’aga County, Kenya.

Before we dig deep into the banana business, allow me to give you a short background story of the farm and the resources that they have on the farm.

The owner of the farm is called Mr Maria. He has been a farmer all his life on his two-acre piece of land located around Makutano Junction in Kiriny’aga County. The most interesting thing about his farming journey is that he has doesn't plant any more maize because his early experience with maize farming was a bitter story. Over the years, he has managed to dig a borehole and equip his entire piece of land with a drip irrigation system.

Since 2010, he has been practicing mixed vegetable farming notably tomatoes, capsicum, vegetables, courgettes, eggplants, and also kept a few traditional chicken for meat and eggs. He did this up to May 2020 when he decided to quit vegetable farming for tissue culture bananas and pawpaw, but our focus today will be the banana farming story.

Banana farming is already gaining momentum due to the increasing consumer demand and the enticing market prices.

Traditionally, banana suckers were used as the sole means of propagating bananas mainly because it was the only choice that farmers had. Unfortunately, planting suckers is also a way of spreading diseases and pests. Bananas that emerge from suckers are never free from pests and diseases and end up in high mortality rates in the field, hence farmers spend a lot of money trying to control these enemies, and sometimes they lead to huge losses and little or no profit at all.

Being aware of all the red flags raised by the use of suckers, Mr Maria opted to go for tissue culture banana seedlings. The tissue-culture technique, well-known as micro-propagation, permits the multiplication of uniform and top-quality plant clones since they inherit the properties of the parent plant physically and genetically. As a result, healthy, virus-free, and uniform seedlings are made.

Step by step how to grow tissue culture bananas for profit:

Tissue culture banana seedlings have been proven to be of high quality and free of diseases. In Kenya, there are many well-known suppliers of tissue culture banana seedlings. They include JKUAT, KARLO among others. You can also get them from licensed individual seedling sellers who are available locally in your area. For Maria, he obtained his seedlings from JKUAT but they were supplied through a local banana farmers’ cooperative society. The price of one seedling goes for between Ksh 100-150. 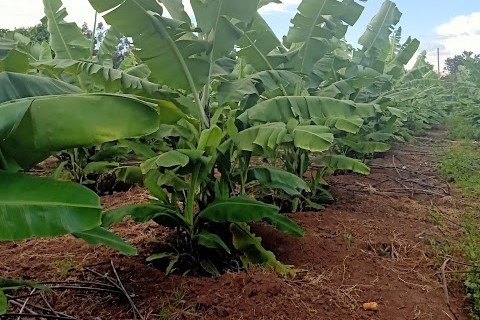 Your land must have the weather conditions that are suitable for bananas to grow well and thrive. Generally, from 800 meters above sea level and a minimum rainfall of 1000mm per annum that is evenly distributed, Given that tissue culture bananas are high yielding, you better not try to rely on rainfall. Put a plan to have an irrigation system in place to avoid disappointments. 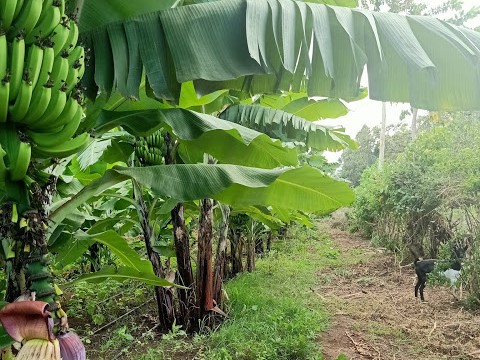 Tissue culture plantlets are planted in pits that are 3 feet wide and 3 feet deep. Well-drained soil is mixed with well-composed dry manure. Basal planting fertilizer is then added especially DAP and a dose of nematicide to keep nematodes away. The banana pit is then stuffed with this mixture, and then the plantlets are planted 30 cm deep within the pit.

Soil firming should be done after placing the plantlet so that the roots can get into close contact with the soil. Planting holes should be spaced 3 meters apart, which translates to approximately 450 plantlets per acre. 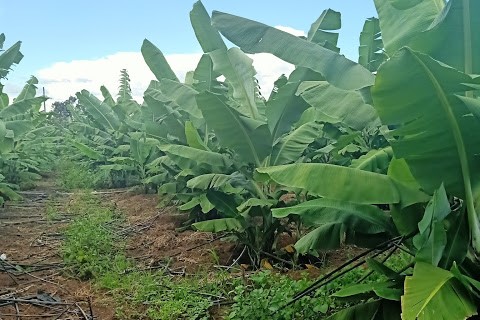 Irrigation should be done twice a week. Drip irrigation is preferred to avoid a lot of movements on the farm which could lead to the spreading of diseases and pests. Dry mulch should be placed around the base of the plantlet to prevent water loss through evaporation.

Tissue culture bananas are normally free from viral and bacterial infections. During planting, anti-nematode powder is applied to keep the nematodes way. So far, nematicide is the only pesticide that Mr Maria has used on his farm, six months after planting his bananas.

Yellowing leaves should be removed frequently to ensure the proper development of the younger leaves.

A maximum of 4 suckers are recommended in one hole. Practice de-sucking frequently to prevent competition for space and nutrients. 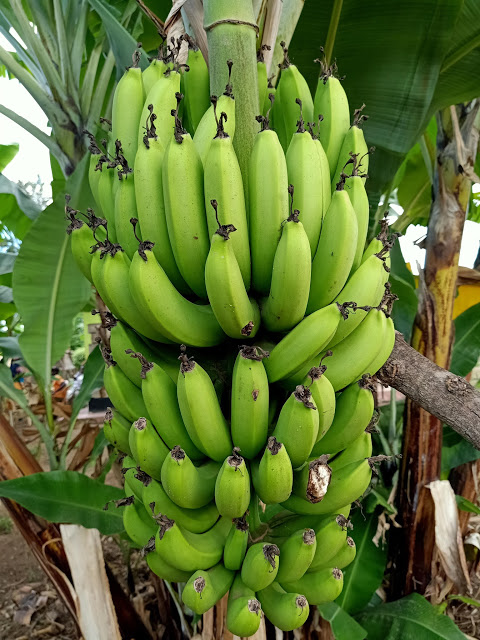 Mr Maria has not yet had his first harvest but looking at how his bananas are thriving, he has his fingers crossed for a bumper harvest.

Banana must be harvested with care. They are very delicate and hence can easily be bruised.

The handling of bananas after harvesting depends on the intended market. Local markets are not exigent while the export market may require that you place the bananas in a cold room immediately after harvesting.

For Mr Maria, his market is already sorted. The cooperative society that trained him on banana farming, and later sold him the seedlings promised to buy all the banana because they already have a ready market. The already pre-negotiated deal will see the cooperative buy bananas from Mr Maria at a price of KSh 20 per kg.

I had such a great experience visiting Maria’s farm a learnt a lot about tissue culture banana farming. If you ask me, I think banana farming has a high potential of being profitable, and therefore it's worth a try.