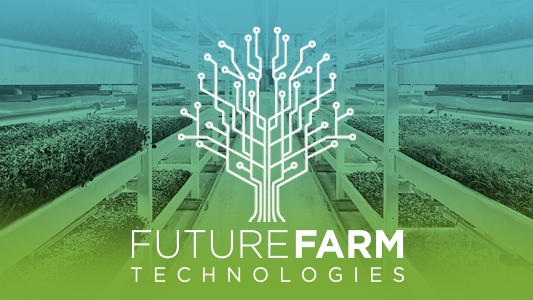 Farms of the future

Our world is growing faster than the farmers can feed it. Farms of the future must be more innovative to feed the world. How will they look like?

By the year 2050, the world’s population will be nearly ten billion. How are we going to feed the few more billion people when nearly eight hundred millions of people have no food on their table today? This only means that we need to double our food production.

In 1798, Thomas Malthus published an essay on the principle of population where he observed that an increase in food production lead to an improvement of the quality of life, but the improvement was temporary because it was suddenly hampered by the increase in population. Farmers have always been able to increase the food production supply to feed the population. For example, in the early time before 1901 when Dan Albone designed the fast track which enabled the farmers to till big lands, farming was done on the backs of animals, women, and men.

Today, more and better machinery are being innovated. Some of these innovations will constitute a huge part of the future farms. Some of these technologies include.

The researchers have already created one that gathers strawberries twice as fast as humans. The challenge is creating a picker that can switch between all kinds of crops.

Robots can do the weeding of crop, they remove the weeds as well as mixing the soil around the crop. There are so many different types of robots with different abilities, some are used for harvesting, picking fruits, weed control etc.

Drones are very effective in aerial fertilizer application. They can also help to identify areas in our feed that are under-watered or over-watered allowing you to water only the part of the field that need to be watered

Drones help to save time instead of driving to your farm. They are very fast to go around the farm and take photos of every part of the field

Robotic soil sampler –This is a type of robot that can take soil samples both liquidize them and analyze their PH at the same time.

Vertical farms are warehouses with stands of hydro chronic systems to grow leafy greens. These types of farm are spreading in the city all over the world where fresh produce and the land is limited.

Consumption of fish has now surpassed the consumption of beef and researchers are working to increase the fish that are laid. Fish farmers are developing an artificial system that will mimic the ocean so that inland saltwater fish farms can be built.

This will allow millions of landlocked people to be able to enjoy fresh fish instead of buying frozen fish. The most exciting thing about this experiment fish farming is that it is a closed system that creatively uses 3 bacterial in different ways and it doesn’t produce waste and also powers itself.