How to succeed in rabbit farming in Kenya 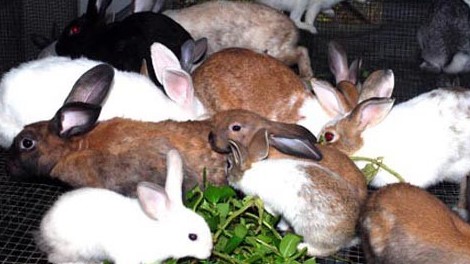 Steps on how to start a successful rabbit farming in Kenya

In Kenya, rabbit keeping was initially associated with young children as most parents saw it as a way of keeping their children busy and encouraging responsibility. Successful rabbit farming in Kenya can be highly profitable. Rabbit farming has since evolved quickly gaining popularity as adults are now embracing the idea of commercial farming rabbit farming in Kenya as a means of earning an extra income.

Rabbits are the most productive domesticated animal producing at least 8 offspring per doe, the young ones grow fast and reach either market or breeding weight very fast than any other species of livestock.

Rabbit meat has gained market popularity over time because it is a known white meat with low cholesterol, high protein, and low-fat content.

The popular belief that rabbit meat has no market has been proven wrong by many farmers as the demand for highly nutritive meat is on the increase in both domestic and foreign markets.

Rabbits are not only useful for their meat, but also their skin is also valuable. Its waste is a high-quality manure for vegetable growth.

How to start a rabbit farm

Rabbit farming, just like livestock farming, requires hard work and dedication. It has the potential to generate good income, it is also very profitable to the farmer, and most importantly it can be practiced by young entrepreneurs as potential business practice to make money.

Rabbit farming in other words is also called cuniculture, which is a term used to describe the raising of domesticated rabbits as micro-livestock for their wool and meat production. Their wool is very profitable and their meat is considered the best white meat after poultry.

The following are steps of how to start rabbit farming

This can be done at home if you have enough space. It does not take a big space of land even if it commercial farming. Rabbits can be raised on free-range, but they are highly profitable to keep them in a house or cage. The majority of rabbit breeders prefers outdoor living quarter to allow the fresh air and sunshine at all times but the environment may not be conducive from time to time. Rabbit farmers who are experts in this field advise that rabbits benefit more from being indoors than outdoors. This is true because they are safer in cages than being outdoors where there can be attacked by predators like snakes, dogs, and pests which can harm them.

You need a rabbit farmer mentor that will provide you with the kind of aid and basic education to ensure successful farming. Lack of knowledge on this farming can cause incorrect handing of rabbits which can later lead to their death or health problem.

Rabbits have numerous breeds. Studies show that there are over 3,005 breeds of domesticated rabbits in more than 70 countries worldwide. Study the breed carefully before deciding which breed to go for.

One thing about rabbits is that they need to stretch their bodies after eating to get rid of the gas that forms in their intestine after eating and during the time they are at rest.

Feeding rabbits is not that labor extensive or expensive. Since they are herbivorous they can feed on grass though you can also feed them with rabbit feeds and supplements which can supplement their daily diet. Vegetables are the most preferred feed than pellets. Rabbits also need fresh water daily. The feeding of the rabbit is incomplete without fresh water.

Keeping the environment clean is very important because there are common diseases and health conditions that affect rabbits easily. These diseases can attack rabbits when they are in a dirty environment or when they feed on contaminated feed

Selling your rabbit is not something to worry about. All you need is to create awareness that you are supplying rabbits for meat or as pets. You can supply to pet stores or sell them online. Getting your target market is very important even at the start.