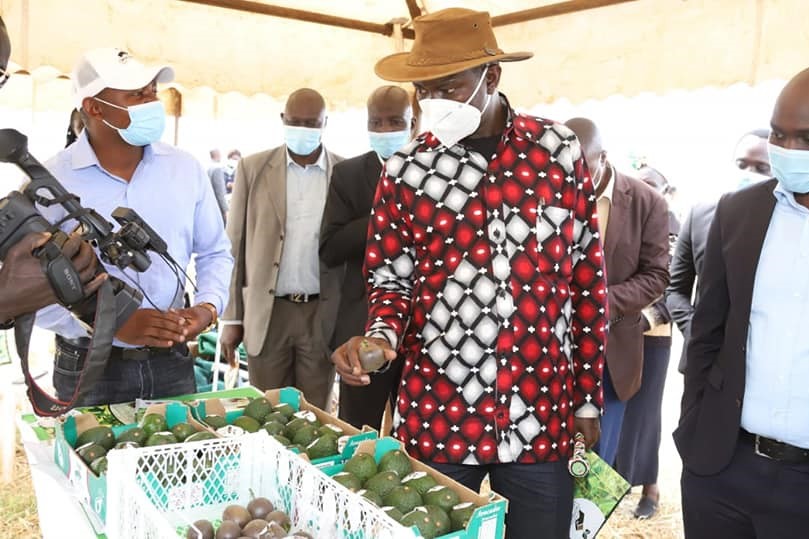 Governor Jackson Mandago is well know for his fierce defense of Maize farmers in his county of Uasin Gishu. But this week, he did not speak to defend the maize farmers but to encourage farmers to plant avocado and macadamia among other high value crops.

Speaking during a visit to Amani Farm in Ausin Gishu County, the governor said that his administration has been working hard to change the narrative that farming is meant for subsistence instead of economic progression.

He was quoted saying :"Even as we make our country food secure, it is important that we practice farming as an economic activity, and I am pleased that farmers are gradually embracing diversified agriculture which makes farming an economic activity through cultivation of high value crops".

Speaking of diversification and growing of high value crops,  governor Mandago encouraged farmers to plant avocado and macadamia because he already has a ready market for them. "Diversification is an area in agriculture that needs to be unlocked, with Eldoret International Airport awaiting your produce for export to outside country".

The event was organized by the Agriculture and Food Authority and was attended by major agricultural stakeholders. Farmers went home with a bucket-full of knowledge and information from the best service providers and input suppliers. Apart from avocado and macadamia, Mandago encourage farmers to try potatoes and livestock farming as well.