When will the desired future of agriculture in Africa come true? 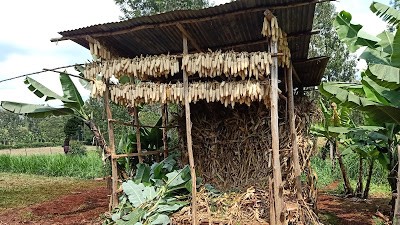 What is the future of agriculture in Africa?

The desired future of agriculture in our continent could come as early as tomorrow or as late as after a century or two. It will all depend on the small steps we are taking today to secure that future. From my observation, it seems that many countries are making one step forward and two steps backward.

Practically speaking, the progression of the agriculture sector has been very slow or regressive in the African continent. The challenges that the continent was facing three decades ago still remain the same today, in addition to the effects of climate change.

ALSO READ >> Can Africa feed itself? Yes! This is why

During my usual visits to smallholder farmers in rural areas, I have realized that very little or no progress has been made in the farming systems. Most farmers, in my own estimation, over 90% of smallholder farmers are practicing farming today the same way it was done 30 years ago. Manual labor, low use of inputs, farming for the daily meal, low agricultural knowledge levels, etc is what characterizes farming in most parts of Kenya today. In as much as everyone is speaking about improving the livelihoods of smallholder farmers, there is little or no hope for a better future for small scale farmers.

Back in the early 90, there were thousands of agricultural extension officers in Kenya. They were quite many that I can vividly remember three officers who used to visit my parents at least once a month. I knew them by name. They trained my parents on how to set gabions to prevent soil erosion. They also did several other trainings and usually advised farmers on the best crops to grow depending on the market realities and land potential. For instance, they convinced my grandparents to convert from maize to pyrethrum on their 5-hectare piece of land. This was a good advice from the officers because pyrethrum turned out to be a cash cow until the year 2000 when pyrethrum milling companies collapsed and my grandparents reverted to growing maize. Currently, experts are discussing how to de-maize Kenya, especially among smallholder farmers. They have realized that maize is a poverty grass, especially when not done on a large scale.

My investigative research has revealed that since 1980, the government has never employed any new agricultural extension officers and the old ones have progressively retired from work. Today, there is no single government extension officer in Kenya, which is a very big loss compared to back then when these officers were educating farmers proactively.

When you look at agricultural mechanization, Kenya and Africa in general had more tractor in the 70s than we have today.

Irrigated land in Kenya has continuously shrunk with the collapse of large-scale government irrigated projects.

Tea and coffee farming continues to face extinction, not because the weather does not allow high productivity, but because farmers feel exploited and hence less motivated to grow these crops. Many coffee and tea factories, and cooperatives have shut down over the past few years leaving farmers without a market for their produce. Where are we headed? Are we winning or losing?

Regardless of the progress made in the adoption of modern technologies of farming like digital farming, greenhouses, vertical farms and kitchen garden, use of fertilizer, and other agrochemicals, we should be keen no to lose the gains that we had achieved after many decades of trial and error.

As a country and a continent, our leaders must be committed to implementing successful strategies consistently, and any new strategy should be well assessed and proven to be of long-term benefits.

We should not be taking one step forward and two steps backward, otherwise, the most desired future of our African agriculture will move from a decade to a century away.